São Paulo, June 2019 – In the world there are 1.3 billion people with disabilities. In Brazil, there are over 45 million. And a large part of that population can not browse the web due to a number of technological barriers. It is as if, in the physical world, the access ramps, the recessed guides, or the plaques in braille have disappeared.

A website or application developed without accessibility is thus leaving out millions of users and potential visitors – which is bad for these people and for the service itself. The Web for All Movement, present at Reatech – International Fair of Technologies in Rehabilitation, Inclusion and Accessibility, was created to make companies aware of this problem.

“Correcting these flaws is not a complicated or costly process. There is only a lack of information from professionals who are not seeing the enormous market potential of this segment of the population, “he says.

During the fair, the movement is promoting real-time testing of the accessibility level of the sites. It is very fast and, at the end, displays the barriers that are preventing access for people with disabilities.

At Reatech there are also companies whose objective is precisely to solve this problem. Signal Link, for example, says that through its solution, “simple, automatic and with Artificial Intelligence”, it manages to make a website accessible in just 30 minutes. In general terms, it makes the portal customizable: the person, when accessing it, can increase the size of the font, invert the colors or replace the mouse with the keyboard for navigation.

Another company, HandTalk, spoke about its tool in a speech held on the first day of the fair. This is a website translator. The user, by clicking on a snippet, will see the 3D Hugo mascot downloading the text for the Brazilian Sign Language (Pounds). Several organizations, such as Samsung, Natura and the City of São Paulo, have already adopted the HandTalk solution in their portals.

Total autonomy for the wheelchair

Cavenaghi, a company that makes adaptations in cars for drivers with some type of limitation, is presenting in Reatech 2019 a modification that guarantees total autonomy to the wheelchair.

A Ford EcoSport is on display with equipment that is still in the certification phase. The requirement is that it be a powered wheelchair, according to Michelli Miyai, Cavenaghi’s marketing manager.

The vehicle has automatic system for opening the rear door (trunk) operated by remote control. Then a ramp, also automatic, descends. With the rear seats folded, the wheelchair climbs up and positions itself in front of the steering wheel, closes the door and exits with the car without the need of any help.

“It was only possible to do trails, go down stairs and get around in the middle of the bush because of the Free Kit, because it gave me the opportunity to get out of the way,” says Pedro Henrique Amorim, a participant in the RadCross championship for the wheelchair, – International Fair of Technologies in Rehabilitation, Inclusion and Accessibility, on Saturday and Sunday (15 and 16), at the stand of FREE.

Pedrinho, as he is known by everyone, lives in Caraguatatuba and is already in his 15th edition of the championship, so he falls into the professional category. “I can consider myself a pioneer in this sport, because when I started participating in this sport, it was still unknown. Today I am the advertisement boy of Kit Livre and they sponsor me at RadCross events. ”

Valdir de Sousa Santos signed up for the first time in the competition because of the encouragement of friends who already practice the sport, and he is super excited and excited about the dispute. “I’m a bit scared, but the safety equipment helps me get over it, plus it gives me a sense of freedom,” he concludes.

The RadCross is a bike-like mode, with the difference being with wheelchairs. Organized by the company FREE, a brand specializing in the development of assistive equipment, the championship is an offer of the Free Kit, a motorized equipment that has the function of transforming the wheelchair into an Electric Motorized Tricycle. The tournament is divided into two categories: professional and amateur.

Natural and nutritious food is important for everyone’s health but even more significant for people with Down Syndrome whose intellectual development can be enhanced by food. The analysis is by pediatrician and geneticist Zan Mustacchi, who spoke yesterday during the Reashow, a parallel event to the 16th Reatech – International Fair of Technologies in Rehabilitation, Inclusion and Accessibility, which ends on Sunday (16), in São Paulo.

Considered one of the top specialists in Down Syndrome, also known as Trisomy 21, Mustacchi detailed the body’s function to exalt natural foods. “When I take natural product, I have a potential of 80% absorption, passively, without energy consumption. On the other hand, synthetic product has a maximum absorption of 20%, but it wastes energy from the body. ”

This, according to the geneticist, becomes more important for people with Down Syndrome who, because of genetic conditions, have 50% higher copper and zinc consumption, which protects the body’s electrical transmissions, and suffer from the aging of the cells. “A chemical process called myelination uses copper, which exists in a reduced amount in people who have Down, to improve the transmission of neurological stimuli. The better the myelination, the greater and more mature is the learning ability, “says Mustacchi. So, according to Zan, the diet should be based on vegetables, fruits, vegetables, oilseeds, dairy products, eggs and fish, with little protein and little carbohydrate.

Photobiomodulation: the use of lights to recover tissues and inhibit pain

Reatech – International Fair of Rehabilitation Technologies also gave rise to a trend of physiotherapy: photobiomodulation. This procedure is not new, but its adoption and variety of application has increased considerably in recent years.

Photobiomodulation consists of the use of laser devices or leds in tissues to obtain favorable biological responses. You can from stimulating a tissue, accelerating a healing process, inhibiting a reaction, reducing certain pain.

Who spoke on the subject, in a lecture held in the space Tecfisio, which brings seminars of advanced technologies in physiotherapy, was the physiotherapist Adriana Schapochnik. She emphasized, for example, that both the led and the laser have similar effects, but are recommended for different situations.

“For large areas of application the led is more recommended, while the laser, for having a point emission, is better for smaller areas,” said Friday (14). “So you optimize the treatment time without sacrificing the result.”

Adriana finally pointed out that photobiomodulation can be used for several pathologies and has interface with other areas such as speech therapy, dentistry or medicine.

– Free event for industry professionals; – Conferences, courses and lectures subject to a fee; – Forbidden to enter the event wearing sleeveless shirts, shorts or slippers; – The fair credential is personal and not transferable and its use is mandatory; – The fair organizer reserves the right to withdraw the visitor that cause any disorder or distupt the smooth running of the event. Your credential will be confiscated and new unauthorized access; – Participants of the fair are aware and agree that the event organizer has exclusive rights to use of image (photos and footage) of people, stands and products to promote the event at any time; – Photos and/or shooting stands and/or products can only made with the express permission of the exhibitor. 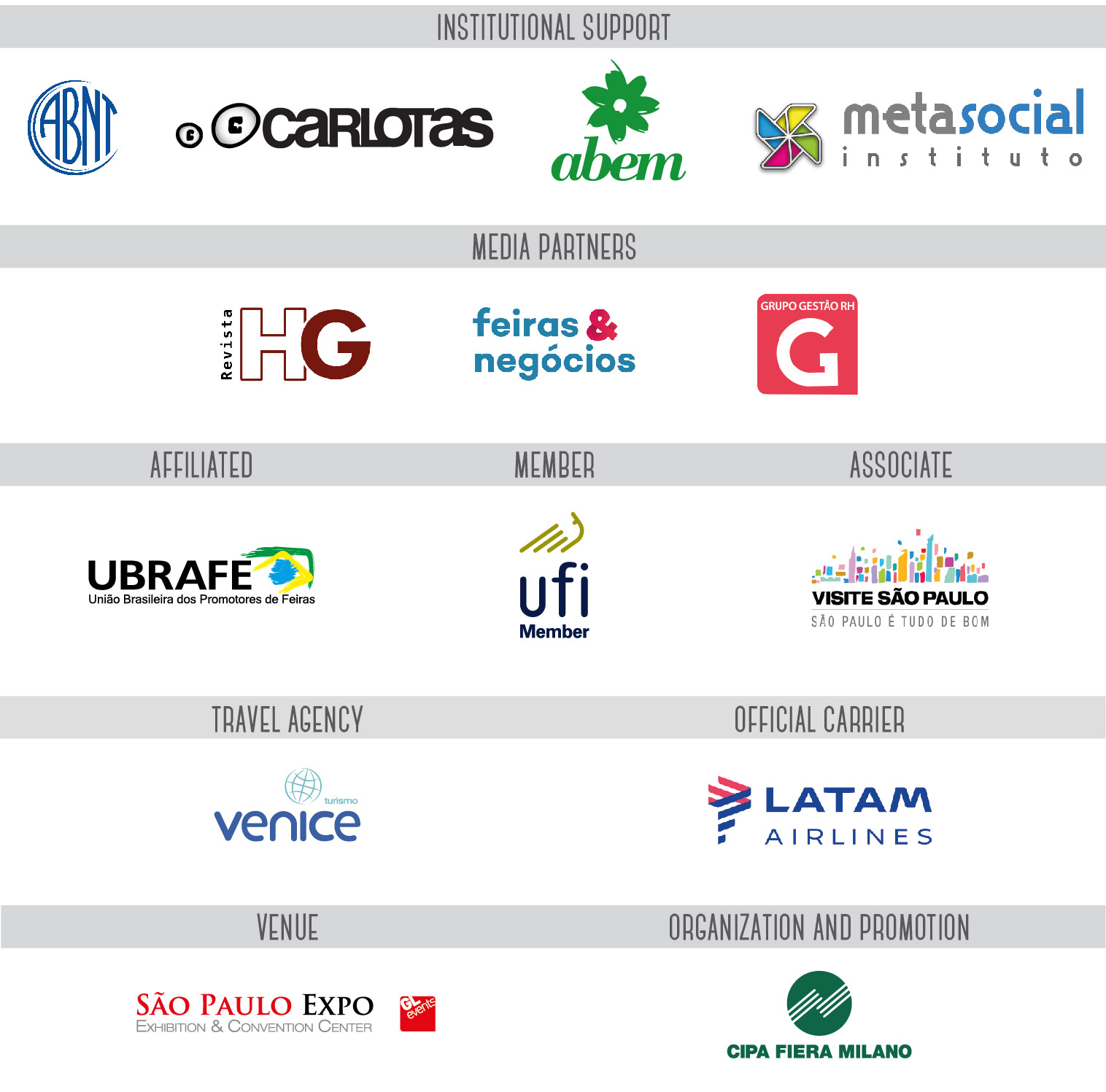 Web for Everyone: Building “access ramps” for the internet